For your orientation we have tested a selection of hardware configurations.

The result may help you to find the optimized hardware configuration for your need. 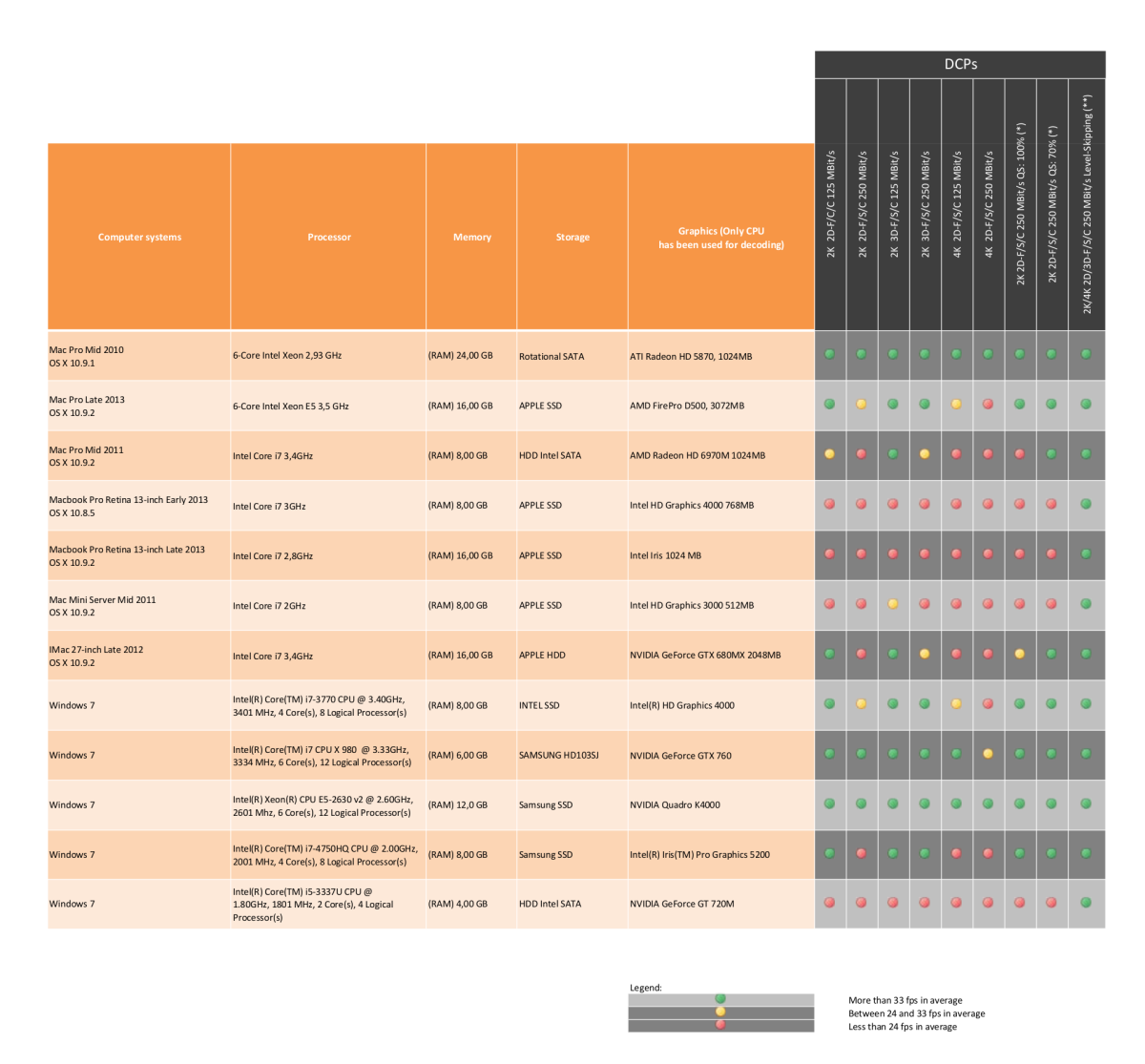 We recomment that you read this important information describing the test-procedure:

easyDCP Player+ 2.0.8 using the CPU for JPEG 2000 decompression. The used memory-, storage- and graphics card-configuration had NO impact on the decoding performances.

Another effect that has to be considered is a special encoder setting when generating DCPs: easyDCP Creator, for example, generates JPEG 2000 files using Variable Bit Rate (VBR). This means, that, regardless of the maximum bitrate, source images with little details result in compressed JPEG 2000 files comprising a small file-size. On the other hand, source images with plenty of details result in larger file-sizes. Only the maximum size is limited by the maximum bitrate that was specified when encoding the images. When required, the encoder stops to include more information in the compressed images so as not to violate the maximum bitrate. For our worst-case DCPs, the encoder has constantly hit the maximum bitrate, so the data-rate appears in fact to be constant. VBR-encoded DCPs, however, usually show a varying data-rate throughout the playback of the DCP. The data-rate has a very strong impact on easyDCP Player’s playback performance. If a source DCP was encoded with a very low data-rate it may be possible to playback the movie in real-time, even when using a slow hardware configuration. Since the data-rate in our test-DCPs does not vary at all, the measured results show a worst-case behavior. So it may be possible to playback a DCP without any issues in real-time, even if the table shows an orange bullet-point for the test case.

Since version 2.0, easyDCP Player is capable of trading decoding precision for a better performance. Especially, when viewing DCPs (which have 36 bits per pixel) on a computer monitor (24  bits per pixel), some information from the JPEG 2000 codestream can safely be ignored without a significant impact on the resulting image quality.

There are two different options for running easyDCP Player+/IMF Player.

Allows for real-time-playback of 2k/4k DCP and IMF-Packages on a standard PC/Mac. Use this option if you have a sufficiently fast CPU. The software codec will work on macOS 10.14 and Windows 7/10 64-Bit.

Allows for real-time-playback of 2k/4k DCPs and IMF-Packages *) on a standard PC.
*) limited to lossy with code block size 32x32

1. GPU: Primary device for rendering (OpenGL) to which the display is attached.
2. GPU: Secondary CUDA-enabled device for the JPEG 2000 decompression.

The GPU-accelerated codec is only available for Windows, not for Mac OS X.

For best stereo video output, we recommend a NVIDIA Quadro device with at least 2 GB memory (e.g. Quadro K600). When using Nvidia 3D vision, the display needs to have a refresh rate of at least 120 Hz (e.g. Acer GD245QH). Alternatively, a 3D projector can be connected via Dual-DVI. This does not require a professional Nvidia Quadro card, but can also be achieved with a NVIDIA GeForce card.

Furthermore, a 3D LCD can be connected via HDMI or DVI to play out stereo in side-by-side/top-and-bottom/line-by-line or other interleaved modes.

When Option HD-SDI "enable subtitling, color processing and scaling" is enabled, decoded images will first be processed by the primary graphics card, before they get sent to the SDI-output device.

This works best, when the primary graphics card is a NVIDIA Quadro card. 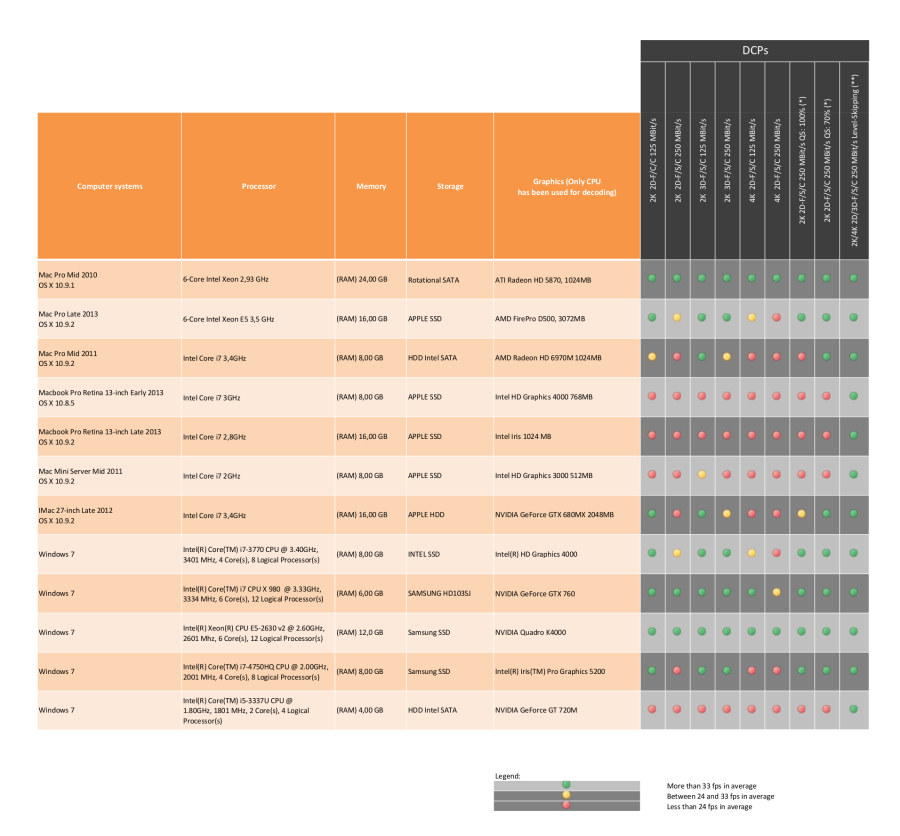